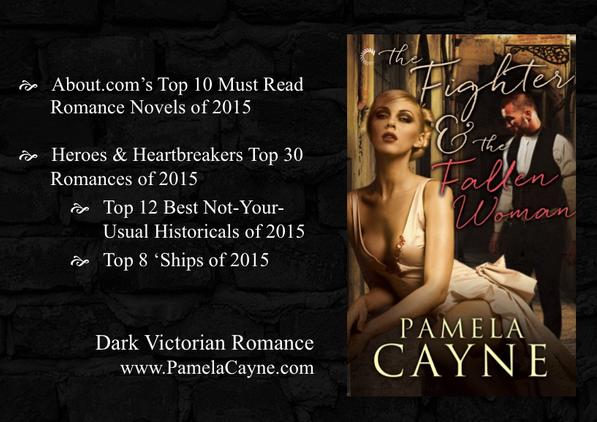 The Fighter and the Fallen Woman

In twelve years as a bangtail, Lady has never feared a man's kiss. Owned by the ruthless Hannibal Adams, the "Earl of the East End," she's draped in jewels and dead inside. Lady learns fear, however, when she kisses Mr. Adams's best fighter for luck—for King sees the real woman locked away behind finery and falsity.

King's life is made of fists and scars, the only things that have ever felt real to him. Even his name came from the man who owns him—the man who turned him into a champion. From the moment Lady's kiss sends him reeling, King resists wanting what he can't have. Mr. Adams never gives up what he owns.

When Lady is sent to nurse King through the tournament, she finds a new strength through the one man who's never treated her like a whore. King discovers that the woman who shares his dark world might also be the one to lead him out. And as the tournament comes to a violent finale, Lady and King must decide—stay spoiled and shackled, or break free and risk what happens when fear and dreams collide.

"Pamela Cayne possesses one of the sharpest, wittiest, most creative minds I’ve ever encountered. From thank-you notes to full-length books, nothing she writes should ever be missed!"